The networking layer in Coordicide

This post aims to present the current proposal for the networking layer in Coordicide. The term networking is somehow generic, and it basically refers to all actions taken by the protocol in order to optimally share resources (CPU, bandwidth, storage) between all nodes, while guaranteeing that packets will be eventually delivered to all nodes. More specifically, the goal of this protocol is to address the following requirements:

While this is apparently a prohibitive challenge, in the rest of the post we will be presenting our current proposal which, according to our preliminary Python simulations, achieves all the above requirements.

Our proposal is made of three interconnected modules as shown in the figure below.

When incoming transactions arrive to nodes, they will take actions according to these three modules:

We built a Python simulator to validate the proposed protocol. In the following plots, we simulate a network with 10 nodes where nodes 0 and 1 and reputation 5x larger than any other node in the network. In the simulations, node 0 is not active, while all other nodes try to issue transactions at the maximum throughput they are allowed to.

In the figure on the left side, we plot the network utilization over time: the AIMD protocol guarantees a very high utilization of resources, in our scenario included between 96% and 99%.

In the figure on the right side, we plot the throughput: it is evident that the fairness criterion is guaranteed as node 1 indeed gets around five times more throughput than all other nodes. 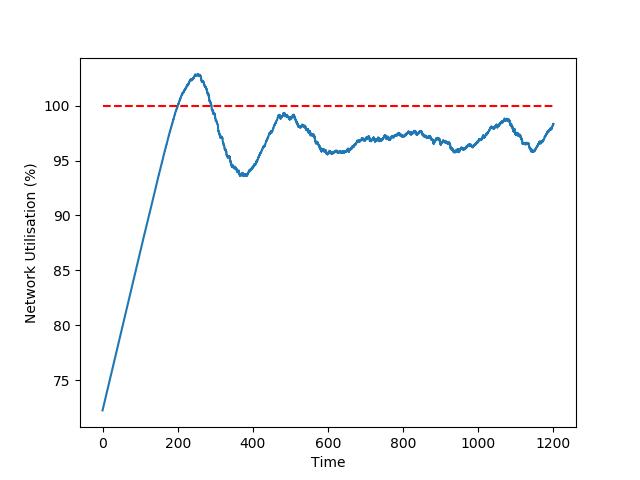 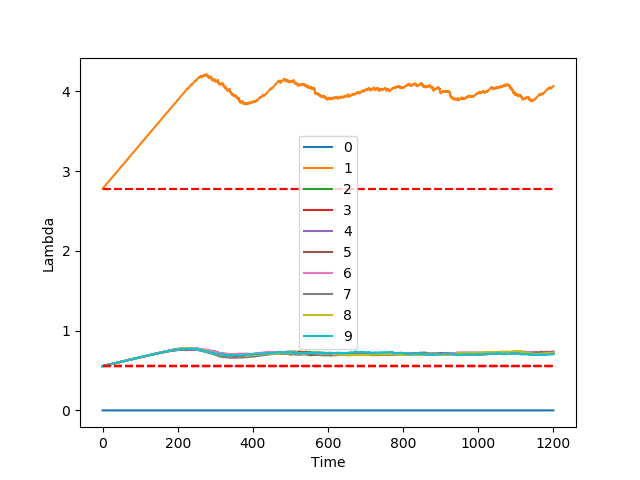 The actions a malicious node can take to harm the network are very limited. First of all, its throughput is bounded by the Adaptive PoW algorithm, hence it cannot indefinitely spam the network. Second, assuming it tries to issue transactions at the maximum throughput allowed by the rate control, the scheduling algorithm would never schedule (hence gossip) its transactions if the time interval is too short in congested periods. In practice, transactions issued in this way will get an arbitrarily large delay before being delivered to all nodes. In order to increase protection against such behaviors which can inflate nodes’ queues, we are currently developing an efficient packet drop policy based on objective criteria which will still satisfy the consistency requirement.

Can you provide the simulator?

The simulator can be found at https://github.com/cyberphysic4l/DLTCongestionControl