The idea of a community-based grant committee for Shimmer is drafted in this document: Shimmer Community Grant Committee Idea - Google Docs.

We want to use this thread to clarify the exact wording of the mission statement for such a committee.

We had several initial ideas and would like to hear opinions on them:

Which one of those Mission statements for the Community Grants committee do you think is the best definition of the mission?

My personal preference here lies with version 4, and ill shortly explain why:

1. It does not mention IOTA.

2. IOTA will have its own Treasury.

3. Calling it “Grant program” instead of “Treasury” is important. 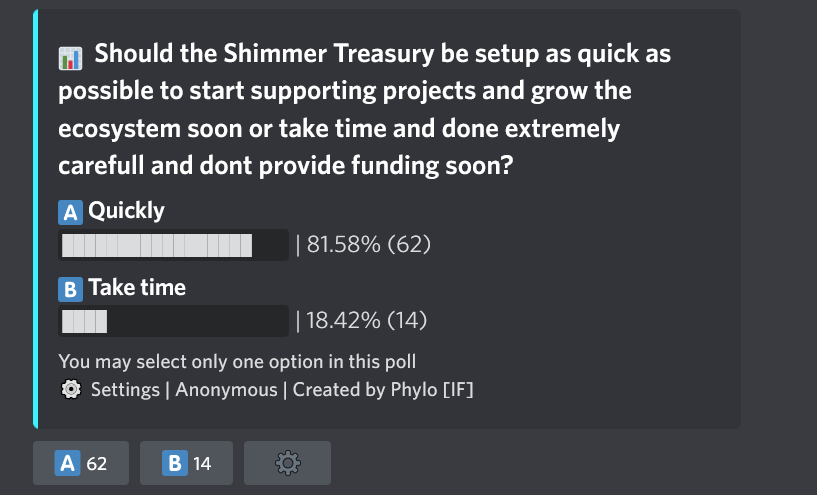 Happy to receive comments and opinions, or also suggestions for different wordings

Sorry, I can not tell the difference between option 1 and option 3.
( I personally vote for option 4)

Oh lol, thanks, copy paste error.
The diifernece SHOULD be in the wording of

So that would be a small detail, but important maybe.

4 is very close but possibly should include the following amendment