I’ve also tried to elaborate one basic method to calculate and use this variation on approval weight, by storing with each message a small index that identifies the value messages in its past cone. This index can be kept relatively small (a handful of list slices), and is calculated by inheriting and merging the indices of a message’s parents, and therefore does not involve any walks through the Tangle. This index implicitly gives us a list of the value transaction which are not in a messages past cone, which can then be “rolled back” to derive the objective cMana state of any message, or messages, based on a nodes most current “subjective” perception of the cMana distribution.

If this approach works, I can’t say if offers major advantages to the current approach(es), but I wanted to share it to see if it contributes some useful ideas. I hope that if this idea stands up to any kind of scrutiny, that having a concept of approval weight which immediately has consensus may prove useful in some contexts. 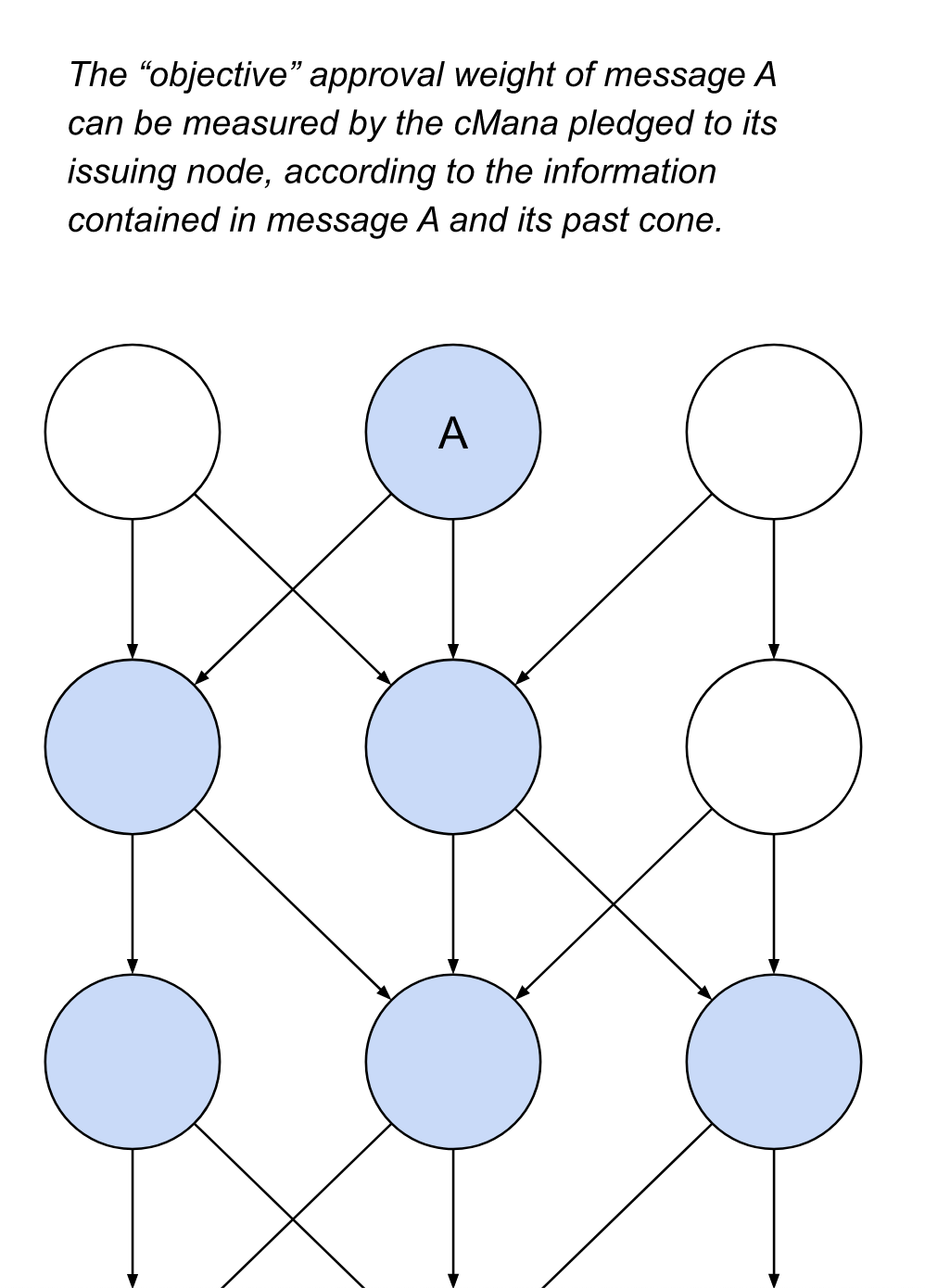 By “subjective” approval weight of a given message, I mean approval weight measured in terms of the local perception a node has of the cMana pledged to the various nodes in the network, given the most recent version of the Tangle it has seen. Because every node may have slightly more or less information than other nodes, each node will have a unique perception of how much cMana is attributed to each node, although they will eventually agree on which cMana belongs to whom.

While this perception may not be exactly what the issuing node saw when it issued the message, it is guaranteed to be part of that node’s perception of the tangle. The past cone of a message is also the set of messages which were necessarily issued before the message itself, and which are therefore guaranteed to be observable to anyone who sees this message.

In order to efficiently calculate the “objective” cMana distribution contained in the past cone of a message, we need a way to know what value transactions are in its past cone without having to walk the entire past cone.

Or if the new message is a value transaction, by performing the same operation and adding messages own transaction number to the index:

What this means is that once we initialize a set of messages with a “past cone index” every subsequent message can be processed relatively quickly on arrival, and associated with a small reference that immediately shows which value transactions are in its past cone. As new messages eventually all see the same old messages, these are automatically bundled in the first slice in the index which sort of “self prunes.”

Incidentally, this little bit of bookkeeping may give you something like the “inverse” of the parallel reality ledger state. You can know which transactions belong to the past cone of any message just as a “reality” lets you know what messages are in its future cone. You can also know all the possible realities a message belongs to by looking at its past cone index - which is the same as the set of past messages that have the message in their future cones. 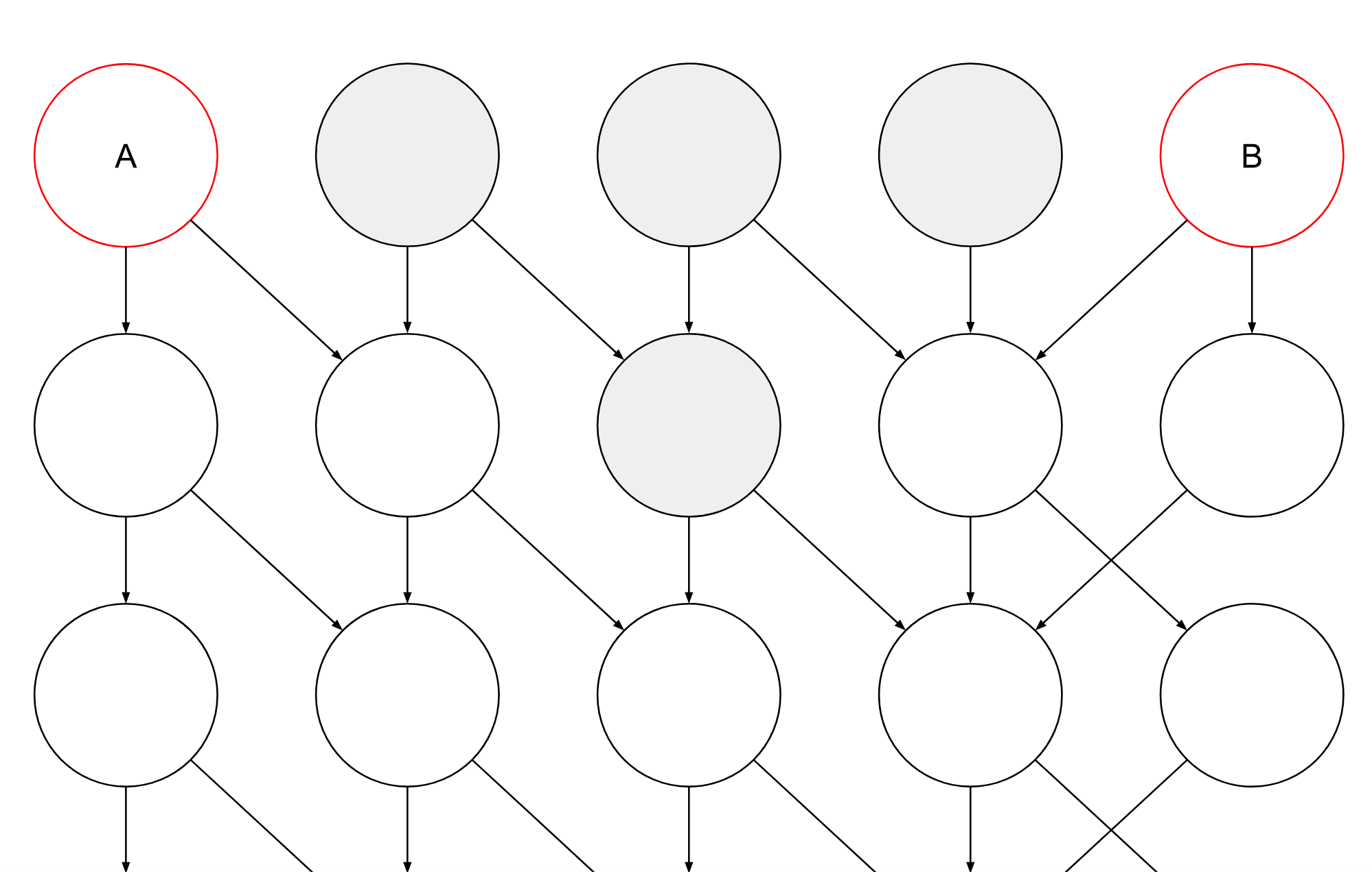 If two conflicting messages A and B are issued into the tangle at roughly the same time, they will be booked into two separate realities. Once the conflict is registered, a node would have to find which transactions are not in the past cone of A or B, and then, using its current “subjective” perception of the cMana distribution as a reference, “roll back” the mana pledged or revoked in those transactions to find the “objective” cMana distribution for the conflict set. This is given by something like: 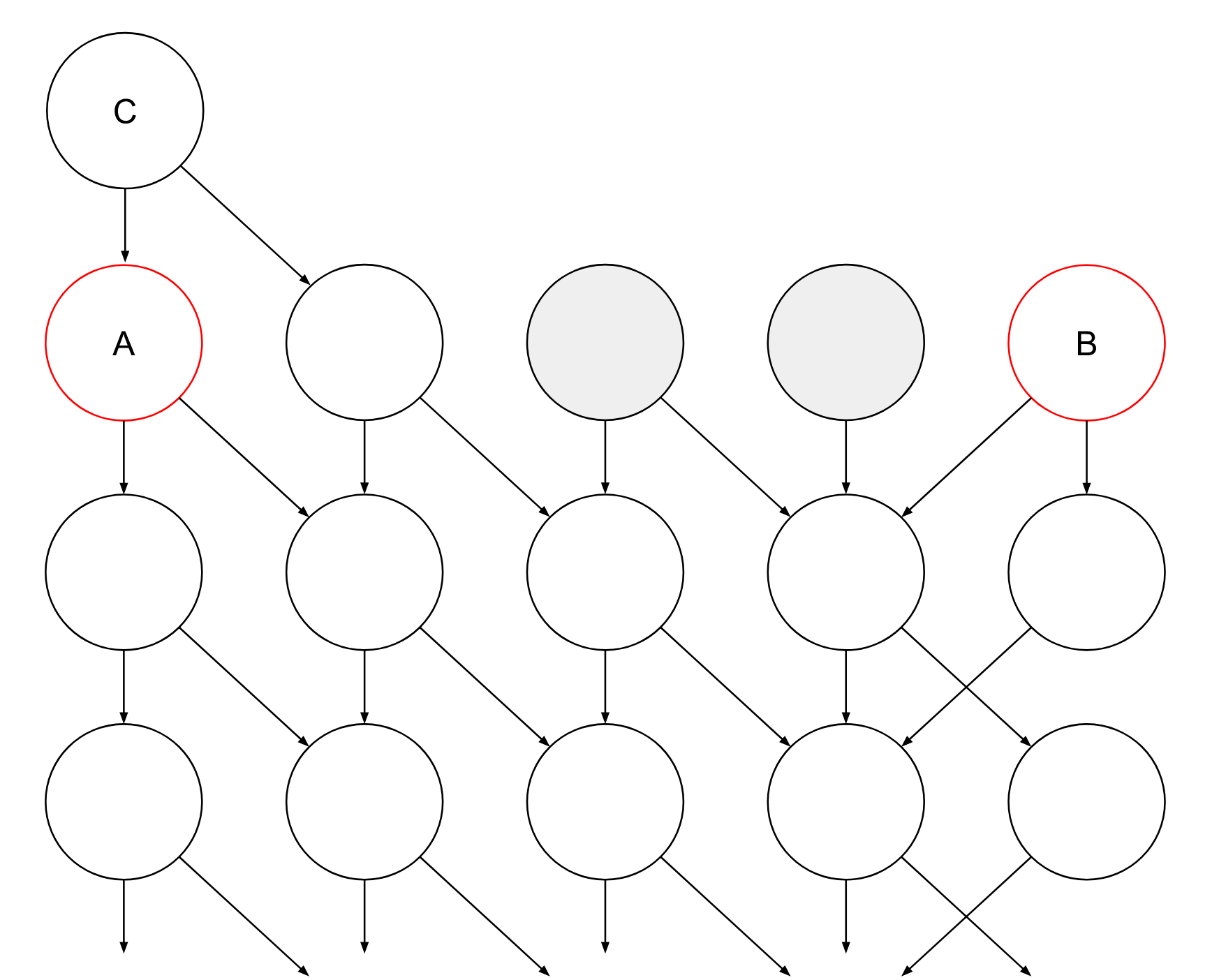 However, with the tools outlined above, it may be possible to adapt the same approach to update dynamically as new messages arrive - although this would involve some more computational overhead. For example, when a new message C arrives and votes for reality A, something like the code below would update the objective cMana state of the conflict set by iterating over only those value transactions which are in the past cone of C, but not in the past cone of the other messages in the conflict set.

As each new transaction votes on the conflict set, a node would update its perception of the “objective” cMana allocated to each node, relative to that particular conflict set.

What this approach proposes is that “objective” approval weight can be measured entirely with respect to the messages whose approval weight we are trying to measure, for the purposes of handling conflicts, and potentially elsewhere.

Some questions I have are:

Even if it is not strictly necessary, I think there is some value (at least for me) in thinking through the idea of a universally agreed upon measure of approval weight, such that if two nodes see the same conflict, and the same votes, they instantly agree on how to measure those votes. There is even a kind of poetic justice in the idea of using the view of the Tangle contained in the conflict set itself as the source of the voting weights which will decide on the conflict - something like what Hamlet tells his mother: