Currently two main voting protocols are primarily discussed for the voting layer in the Coordicide solution: CA and FPC. We propose a method to combine these two in serial to draw on the benefits of both.

We assume the CA holds the opportunity to achieve high convergence rates and fast convergence time. However, due to the rigid structure of the voting network it is possible that the voting gets stuck in meta-stable states, where sub-groups of nodes (pockets) hold a different opinion than the rest of the network. 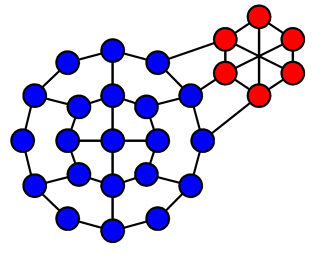 Several counter measures have been proposed in order to overcome this potential barrier, including applying “magnetic” fields or annealing. Initial simulations show that meta-stable states are very unlikely to occur, which may be e.g. due to asymmetric message propagation. However, the risk may be increased in the presence of well-positioned malicious actors. More specifically, the rigid structure of the underlying voting network may increase the possibility of eclipse attacks.

In the FPC protocol nodes apply a random majority consensus. This requires that nodes can query at random a sufficiently large subgroup of the network (quorums). Due to the random sampling it is more difficult for an attacker to achieve an eclipse attack. FPC also introduces an additional mechanism which requires a distributed random number generator (dRNG). This dRNG supplies the nodes with a common but random threshold and, thereby, increases the resilience of the protocol against splitting attacks. On the other hand, FPC may require a noticeably increased message overhead compared to CA in order to facilitate the quorums for a sufficiently large amount of rounds if all nodes participate.

Assuming that the positive effects from a combination of the two protocols CA and FPC outweigh the negative impacts, we can combine those two protocols in series. The currently suggested method is the following:

Some details on the synchronization of the protocol are yet unclear to me:

We could do some simulations now. Essentially everything is already implemented in the FPC simulator. We just have to choose the network topology accordingly. A candidate for a worst case scenario is to do CA on a ring lattice and then do FPC where each node has a list of (1-\alpha n) random nodes.
A (hopefully) more realistic scenario is to replace the ring lattice with a random regular graph.
One might add message loss in the CA part and the MVS in the FPC part.

I have the impression that the nice property of the CA of not being able to lie is lost in the step from CA to FPC. Should we add that the opinions in the FPC have to be justified as well. For instance, in the first FPC round, a node has to justify the last CA round. The protocol could improve if in FPC you always include your neighbors (like in addition to your k neighbors you ask 2k random nodes). In this way your neighbors keep an eye on you.

The protocol could improve if in FPC you always include your neighbors (like in addition to your k neighbors you ask 2k random nodes).

It’s unclear if this would help: how would you know if my neighbors were chosen in a “truly random” way, or just hand-picked? I can always chose a set of my “friends” (or simply nodes with some given opinion) to “justify” anything.

Re 1.) good question, i am not sure if there is a document where this is written out in more detail?
Re 2.)

When does the FPC starts? After a node has seen m_1 CA rounds?

My understanding is that since in CA every node continues till the max heartbeat, all nodes more or less finish at a similar time. m_1 is in this proposal measured in FPC-rounds because the dRNG sets the pace. The important bit is that the FPC should start after most if not all nodes finished CA. Hence this delay between (m_1,m_1+m_2]
Re 3. ) If a node missed CA it has not participated in creating the pre-consensus. Maybe this could be the case in times of congestion and when the node has not solidified a tx in time. But in this case the node might have different concerns than the opinion on this tx. E.g. what do neighbors in CA do if you do not respond for the full CA voting time max_heartbeat? Maybe you would get dropped?

I have the impression that the nice property of the CA of not being able to lie is lost in the step from CA to FPC.

In addition to the clusters that could form to hide detection, as Serguei describes, I am worried this effectively removes or weakens the eclipse protection that is offered in FPC by choosing a new neighborhood every round.

I have two answers for this. (1) This is a problem (see my thread). (2) When anode sends out its 1st round opinion, it is implicitly requesting other nodes to send their opinion as well.

Overall, it seems here that we inherent the weaknesses of both CA and FPC. First, we do not have the speed of CA. Second, when it comes to liveness and integrity, this protocol seems to default to the worse one. And for safety, the protocol is no more safe than FPC.

Thus, it seems that if the above protocol works, then FPC would work as a stand alone.

Overall, it seems here that we inherent the weaknesses of both CA and FPC. First, we do not have the speed of CA. Second, when it comes to liveness and integrity, this protocol seems to default to the worse one. And for safety, the protocol is no more safe than FPC.

I would tentatevly disagree with the above points for the following reasons.: